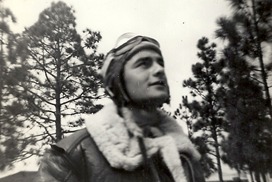 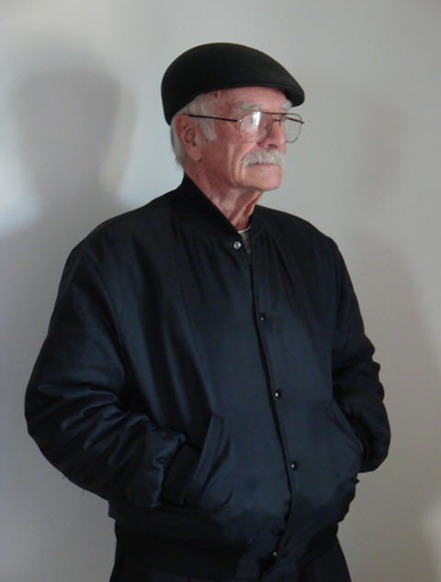 About the Father - Albert J. Enckler 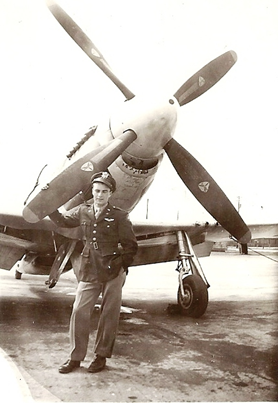 ~~The artist, Albert J. Enckler, flew P-40 and P-51 aircraft during World War II.  His flying background and subsequent love of flying in general led him to extensive research into a wide range of vintage aircraft.  Eventually, Enckler’s love for “the airplane” gradually merged with his incredible talent in the arts.  Enckler was an accomplished painter in oils [self-taught] as well as an amazing, award-winning woodcarver [also self-taught].  In addition, Enckler was the author of several United States Patents for designs which

~~Enckler was born in Cleveland, Ohio in 1923.  He developed a strong interest in aviation at an early age and would often peddle his bicycle over to the Cleveland Municipal Airport every chance he had.  He worked summers and weekends at the old Peerless Model Airplane Co. during his high school years.  Enckler graduated from West Tech high school in June, 1942 and enlisted directly into the Army Air Force in November of that same year.  Enckler was a trained Tactical Reconnaissance pilot and flew the P-51 Mustang near the wars’ end.  In 1946, Enckler began working in the Graphic Arts industry.  He worked for many years as a production manager for an advertising company that designed and produced POP (point of purchase) advertisements for large corporations.  Combining his aforementioned interests in both oil painting and in airplanes, he began painting aviation scenes for his personal enjoyment.

~~His employer at the time, Keeler and Dunkel, Inc. was fortunate to notice Enckler’s prowess in painting and approached one of their clients, the Presto-Lite Battery Company.  Presto-Lite was equally impressed with Enckler’s crisp and highly-detailed paintings and agreed to commission him for the creation of a series of calendars which they could then distribute among their customers and dealers.  This association between Enckler and Presto-Lite continued for five years during which twenty bold and exciting paintings were featured. In the early 1980's, Enckler entered several of his works into Experimental Aircraft Association juried art competitions.  One painting, the "WACO CSO 3-place" was accepted and placed on display at the United States Air Force Museum in Dayton, Ohio.  Two other paintings, the "Howard DGA-11" and "Camel Victory" were selected for inclusion among a traveling exhibit, following which, the works were subsequently displayed at the University of Wisconsin's Prieby Gallery in Oshkosh.

~~Crain's Business News, a well-known and highly successful publication for Northern Ohio's business community, featured an article about Enckler in their March 16, 1981 issue entitled "Calendar Exploits" showing the artist busy at his easel along with several of his paintings.